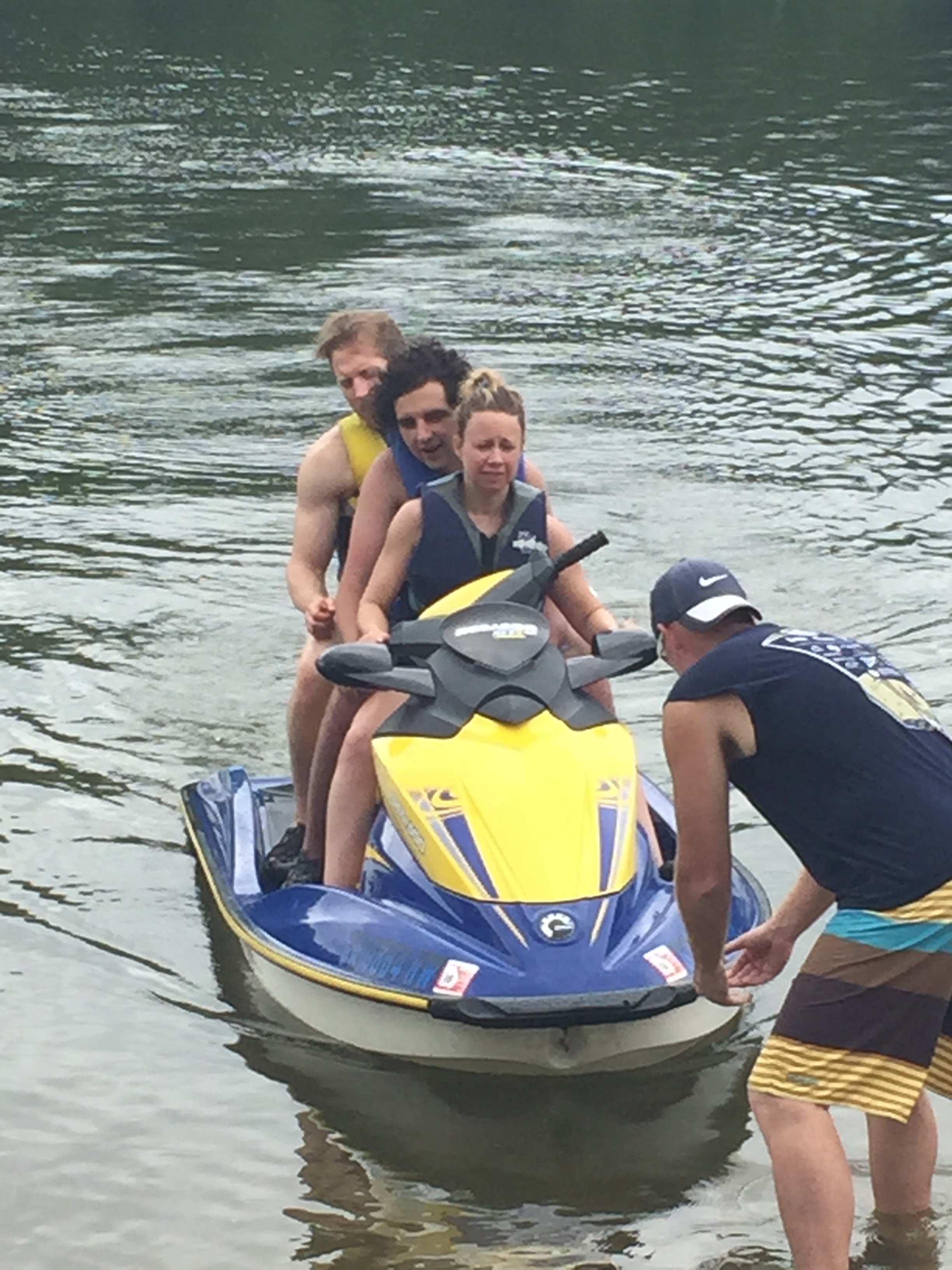 Three weeks ago the rents and I were just starting to see the Palmetto State in the distance. We were driving back from Jackson Gap, Alabama, which is where Shepherd Center holds their yearly spring camp, Adventure Skills Workshop (ASW), for both brain and spinal cord injury survivors. While this was awesome and everything it is not where our journey began.

We left Charleston a little over three weeks ago (Tuesday, May 12) for Atlanta because I was asked to speak at middle schools in the Atlanta school districts alongside fellow TBI, spinal injury survivors and Shepherd Center therapists to conclude a 3 week course Shepherd Center had written for 7th graders. We were all tasked with telling how we ended up where we are today, answering questions for them so that they can get a better understanding of the reality and the challenges that are the new norms for the survivors and they also learned about the professions of the different disciplines of the therapists. I ended up speaking at two different middle schools on that Wednesday and Thursday. The Wednesday presentation consisted of four different Biology classes that came in one at a time for an hour at a time over the whole day’s class periods. We started the presentation with a Shepherd Center Counselor as our host/moderator and after she introduced herself, she passed the mic down to each one of us, we introduced ourselves and stated how we acquired our injury or what therapy discipline they practice at Shepherd Center. We then opened the floor to the students to ask questions throughout the day. We would get questions asking everything from “What do you do different from before and after?” to “What could you have done to prevent your accidents from happening?”. This last question was my favorite because these were middle school students so anything anyone the least bit elder said would hopefully be in these kids minds forever. We would all preach to not forget your helmet no matter how it makes you look or to not play with stuff like electronics while driving, even though these kids couldn’t drive yet it would once again be in their minds forever. On the second day at another Atlanta middle school we once again sat on stage in an assembly where every kid was enrolled in Biology classes that included the Shepherd Center curriculum in their course of study came into the auditorium, but this time they all came at once. While this seemed quite overwhelming at first my nerves slowly but surely relaxed. We started the presentation the same way, but had a lot more curious minds in this assembly. I was joined on stage by one fellow presenter from the day before, but the other presenters were completely different survivors and therapists. It was pretty awesome to see that all of us survivors had the same thing in mind; to pass the word to younger people about how to avoid ending up in our shoes. All in all, both presentations went better than I expected as far as educating and influencing the students overall. Once the Thursday presentation was over we then headed to Shepherd Center. My inpatient Physical Therapist, Meg Canale, was nice enough to give my other Shepherd Center therapists a heads up that we were swinging by and got them all together for lunch. After lunch with all of my inpatient therapists we then went up to the second floor to see the rest of the therapists, therapy assistants, nurses and nurses’ assistants. After we had a chance to say “hi” to all of them Meg then introduced us to two parents who had a son, Cody, on Shepherd’s inpatient brain injury floor. It was awesome that we were able to talk to them as a survivor and caregivers and give them hope. When we were almost done speaking to the Cody’s parents came rolling up with the same Occupational Therapist I had during my stay at Shepherd Center. It felt awesome to talk to him and tell him he was doing much better then I was when I was in his shoes. When we ended our conversation with Cody and his parents we then headed to Alexander City, Alabama to stay the night and to prep ourselves for ASW!

The next morning, after staying in Alexander City we left for Camp ASCCA, where Shepherd Center’s Adventure Skills Workshop is held annually. After arriving at around 10AM I signed up for all new activities that I couldn’t due last year do to my fear of getting in the water and a groin pull I had gotten in therapy a few weeks prior to last year’s ASW. The first thing I did after signing up for different activities was take my swim test to assure that I could participate in the water activities. After passing my swim test with flying colors I then went waterskiing behind a boat and it was A LOT more fun than I anticipated. After waterskiing I then went jet skiing! Jet skiing was definitely the biggest PT exercise at camp. It worked both sides of my obliques as we would turn either way, left or right. We then moved to the art room to tie dye some shirts, which I loved to do this year and last year because they end up being my personalized take home memorabilia! The next day I woke up and did another oblique workout on the jet ski, went scuba diving in the pool and then did my favorite camp activity of all, the peaceful and serene activity of kayaking! Following kayaking I completely changed pace and went innertubing with my Shepherd Center Inpatient Physical Therapist, Meg Canale, and my Dad, which of course was a blast with those two people! I finished my ASW outdoor activities with the one that was the most strenuous activity they have there in my book…the Endurance Wall. The Endurance Wall is a climbing wall on one side and a pulley wall on the other where you are required to continually pull yourself up slowly but surely. I opted for the pulley wall and I’m happy to say that both the ASCCA camp advisors and Shepherd Center therapist said I was one of the fastest hemiplegic campers to ever make it to the top in the time I did! It was well worth it too because after making it to the top I got to take a zip line down off the tower! The final night they always have an ASW ice cream night and a dance to wrap up the weekend. Meg actually managed to pull me out on the dance floor (never have been a dancer) after I finished my ice cream. I felt like I might have embarrassed myself, but it was fun! That Sunday morning we packed all our stuff up and hit the road for a 7.5 hour drive back to Chucktown during which I did some speech exercises, kicked it with my parents and things of that nature. It was great to get home and I quickly settled back into my weekly therapy sessions. I was then approached by a professor at MUSC to participate in a research study. So on Monday, 6/1/15, I got to help more people learn about brain injuries! The group I got to help this time was the same MUSC 2nd year Physical Therapy class that I had the previous pleasure of speaking to about my recovery process thus far. This time I got to participate as a brain injury survivor case study for a group of students for the class’s first neuro therapy eval. They monitored my body movements and strengths while doing a few “sit to stands”, as well as my gait pattern and muscle strength evals on some very different and sophisticated devices through MUSC research department, which was nice enough to let me and the students partake in. I’m looking forward to seeing what the high tech readings from the research machine have to say, continuing the home exercises they have made for me and hopefully continuing this activity every year!

4 thoughts on “To Alabama and Beyond!”